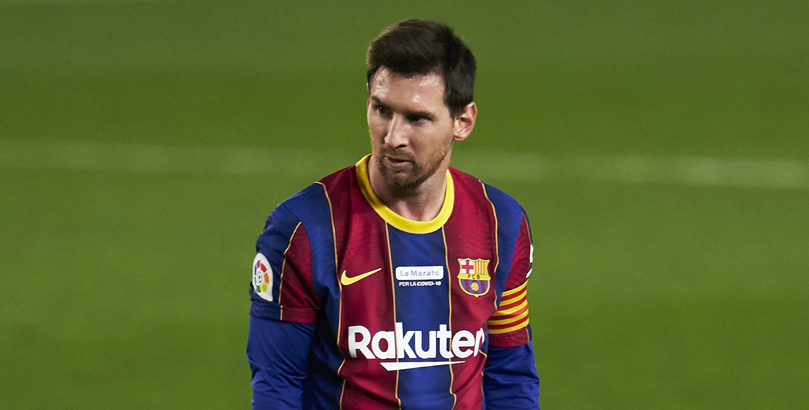 Mauricio Pochettino will face a baptism of fire in his first Champions League game as PSG manager when visiting Barcelona.

The French aristocrats famously crashed to a 6-1 defeat at Camp Nou four years ago, having won the first leg 4-0, and were also beaten here twice during the 2014-15 campaign.

Obviously, much has changed since then, but we still believe 5/4 for Barca to come out on top again is the way to go with our first Barcelona vs PSG prediction.

Barcelona’s inconsistency in La Liga this term has been worrying and they also suffered one costly slip-up during the pool stage of this competition.

Ronald Koeman’s side went into Matchday 6 sitting pretty at the Group G summit, but a 3-0 victory for Juventus at this venue saw them demoted to second place.

It isn’t easy to find excuses for that meltdown, but we prefer to focus on the five straight wins which preceded it.

Barca kicked off their European campaign by thrashing Ferencvaros 5-1 here, despite having Gerard Pique sent off.

The Catalan giants then claimed a 2-0 triumph over Juve in Turin, before doing the double over Dynamo Kiev and beating Ferencvaros 3-0 away.

Koeman has had to contend with some key injuries to players such as Pique, Philippe Coutinho and teenage sensation Ansu Fati.

However, the spine of this team is still strong and Lionel Messi continues to weave his magic, passing Pele for most goals scored for a single club.

Barca have reached the Champions League knockout rounds for 16 consecutive seasons and haven’t fallen at the first hurdle for the past 13 of those campaigns.

Such history has to be respected and 11/10 for the Blaugrana to qualify for the quarter-finals stands out from the Barcelona vs PSG odds.

PSG’s past record at this stage is far less impressive, being knocked out by Barca, Real Madrid and Manchester United in consecutive years before scraping past Borussia Dortmund 12 months ago.

Even in that tie, they were beaten 2-1 in Germany in the opening leg, before prevailing 2-0 in the return fixture.

To be fair, PSG did go on to reach the final, getting past Atalanta and RB Leipzig before losing out to Bayern Munich.

They did have to overcome a shaky start to the group stage this term, though.

Early losses to Manchester United and Leipzig put the pressure on then manager Thomas Tuchel and they needed a Neymar penalty to shade the German side 1-0 on home turf.

PSG had to survive several scares early on in the second half before Fred’s red card helped them beat United 3-1 at Old Trafford.

There was no stopping them in a delayed 5-1 drubbing of Basaksehir, when Neymar hit a hat-trick and Kylian Mbappe bagged a brace.

Even so, subsequently losing 1-0 at home to Lyon in Ligue 1 and being held to a goalless stalemate at Lille led to Tuchel’s dismissal.

Pochettino had been out of the game since leaving Tottenham in November 2019 but returns to a club where he made 95 appearances as a player between 2001 and 2003.

He said: “This club has always held a special place in my heart. I return with a lot of ambition and humility, and am eager to work with some of the world’s most talented players.”

This is a tough early test, though, and PSG go into this tie quoted at 11/1 to lift the trophy, while Barca can be backed at 18/1 for outright glory.

At Camp Nou, we’re going for the hosts to oblige 2-1 in our Barcelona vs PSG betting tips.