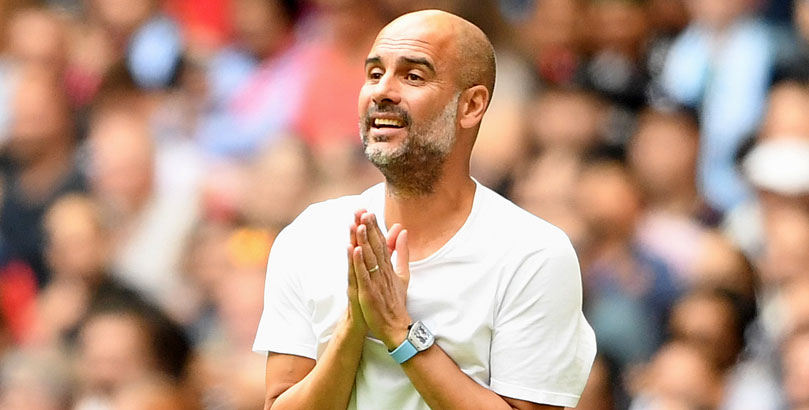 Manchester City have made an ominous start to the Premier League season despite dropping points against Tottenham last week.

Bournemouth have picked up a draw and a win from their first two fixtures but this will be a totally different test.

We like 39/20 for the champions to win 1-0, 2-0 or 3-0 in the multiple correct score market as our initial Bournemouth vs Man City prediction.

Bournemouth were denied an opening-day win when Billy Sharp struck late on to earn promoted Sheffield United a 1-1 draw on the south coast.

But the Cherries bounced back from that disappointment by taking a 2-0 lead inside 12 minutes at Aston Villa, with Josh King converting a penalty before on-loan Harry Wilson marked his debut with a second.

Douglas Luiz reduced the deficit with 19 minutes left but Eddie Howe’s side held on to pick up their first three points of the season.

Howe said: “It was a great start for us. We needed that lift I think after last week, where we conceded a late goal and there was a real feeling of disappointment. We responded in great style.

“That gave us a platform to get into the game and show our best qualities at times in the first half. Then the third goal in the match was always going to be huge, we didn’t get it and we really had to show our steel in that last 15, 20 minutes.”

City have not had it all their own way at this venue so looking at the Bournemouth vs Man City odds, 3/1 for Draw HT/Man City FT has strong appeal.

Cherries midfielder Lewis Cook has stepped up his recovery from a serious knee injury while forward Arnaut Danjuma (foot) and defender Lloyd Kelly (ankle) continue to be assessed.

Dan Gosling (hip) and David Brooks (ankle) are also still recovering, along with Simon Francis and Junior Stanislas (both knee).

City were left wondering how they failed to make it two wins from two after being held to a 2-2 draw by Tottenham at the Etihad Stadium.

Raheem Sterling and Sergio Aguero twice put the champions in front only for Erik Lamela and Lucas Moura to level as City fired in 30 shots compared to the visitors’ three.

Pep Guardiola’s side were then denied a dramatic winner when VAR ruled out Gabriel Jesus’ strike after replays showed the ball hit Aymeric Laporte’s arm.

Guardiola said: “I’m not going to think about how many points we need to be champions, or if Liverpool’s going to win, or if we’re going to win, when we’re in the second fixture of the season.

“Always I’m a spectator too and I’m more than delighted. What we are looking for, from the first day I came here, is to try to play in the way we played. I think we dignify this sport. We dignify the people who pay to come to watch us and see how honest we are to play for the people.

“And, more than anything, I would like – when I finish my period here – to leave that. In the first season, but especially the last two seasons, we were an incredible team. An incredible team.”

Sterling loves playing against the Cherries, netting eight times in seven meetings, so 7/2 he opens the scoring is an obvious way to end our Bournemouth vs Man City betting tips.

City will again be without England defender John Stones, who has a muscular injury.

Oleksandr Zinchenko is fit after suffering from cramp and is likely to start at left-back with Benjamin Mendy still working his way back from a long-term knee injury.