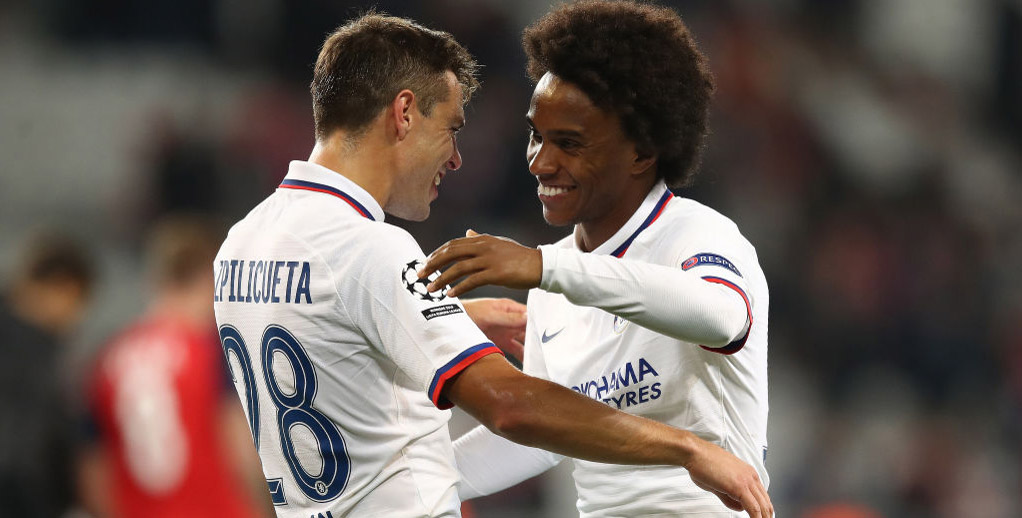 Chelsea and Southampton will both have been buoyed by excellent Premier League wins over the weekend and that sets things up for an entertaining encounter on Boxing Day.

The Blues are worthy favourites on the back of a 2-0 victory at Spurs, but Saints will travel in good spirits after prevailing 3-1 at Aston Villa.

We like 3/2 for a home win and both teams to score for our initial Chelsea vs Southampton prediction.

It was a shame such a fine performance was overshadowed by the racist abuse towards Antonio Rudiger, as the apprentice outfoxed his old master.

Having put a disappointing run of four defeats from their previous five games behind them, including some poor home displays, Willian wants the Blues to now kick on again.

“We did a good job from the first minute,” he said. “We showed everything; personality and fight, we controlled the game and that’s why we won.

“We have to carry on. We cannot go up and down any more. We have more games now to come and we have to win games to stay at the top.

Tammy Abraham will be keen to add to his tally of 13 goals in all competitions for the club this term and is 9/4 to net first from the Chelsea vs Southampton odds.

He broke the deadlock when the Blues won 4-1 at St Mary’s Stadium in early October.

Southampton climbed out of the relegation zone when making it three wins in five matches by prevailing at Villa Park.

Danny Ings has 12 goals in his last 13 games after a double in that contest, while Jack Stephens also netted before Jack Grealish’s late consolation.

Saints boss Ralph Hasenhuttl said of Ings: “He’s a typical number nine in the box. With his technique, there are not many strikers who are better than him.

“At the moment, he is fit, he can score and we’re all happy about that, because last season he had big problems with his injuries and was a long time out.”

On moving three points clear of the drop zone, the Austrian manager added: “It’s nice when you’re above the line, but there’s a long way to go.

“It’s important we know it’s a very tough league and every win is a massive lift for us. Like last season, we have this fight for staying up.”

Saints may just prefer to prioritise upcoming home games against Crystal Palace and Tottenham, though, so 18/25 for the Blues to win and over 2.5 goals will attract some big hitters, plus 19/2 for a 3-1 scoreline is value.

Tottenham vs Brighton: Stick with Spurs to show true worth
Everton vs Burnley: Ancelotti to hit the ground running
Author

Lincoln vs Liverpool: Reds to enjoy routine win over Imps