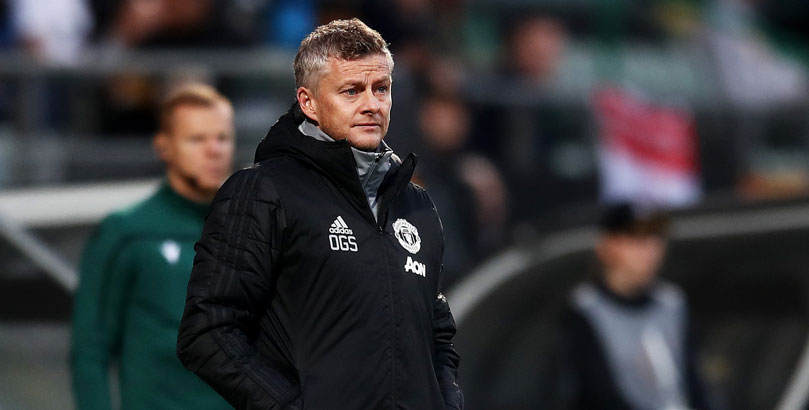 Manchester United and AZ Alkmaar played out a goalless stalemate when they met in Holland and another cagey contest is on the cards at Old Trafford.

Both teams have already qualified for the Europa League knockout rounds and are expected to make changes ahead of important domestic contests on Sunday.

We can see this being a tight tussle again, so 87/100 for under 2.5 goals is our initial Man Utd vs AZ Alkmaar prediction.

United have taken a pragmatic approach to their Group L campaign, with five fixtures producing only eight goals, six for and two against.

The Red Devils started out by labouring to a 1-0 win over Astana here, before grinding out a draw against AZ at Kyocera Stadion.

An Anthony Martial penalty was the only goal of the game when they visited Partizan Belgrade, before United opened up for once in the reverse fixture for a 3-0 triumph.

With qualification guaranteed, Ole Gunnar Solskjaer took the opportunity to try out a number of fresh-faced youngsters when visiting Astana and slipped to a 2-1 loss.

As this clash comes between a superb Manchester derby success and Everton travelling to Old Trafford, some of those teenagers are expected to get another run-out.

Top spot is on the line, though, so 5/2 for the hosts to get the draw needed to stay at the summit appeals from the Man Utd vs AZ Alkmaar odds.

Any initial thoughts that AZ Alkmaar would be more up for this match in the hope of securing a memorable Old Trafford triumph are tempered by their own domestic situation.

Arne Slot’s side are flying high in second place in the Dutch Eredivisie after Saturday’s impressive 3-0 win at PEC Zwolle gave them a sixth straight victory in that competition.

However, up next is a home game against leaders Ajax and AZ will not want to wear themselves out three days before that showdown.

In this tournament, the visitors have netted more times than any other team, averaging three goals per game.

That tally is bolstered by 6-0 and 5-0 romps at the expense of Astana, though, and AZ have drawn their other three fixtures.

Slot’s men did create the better chances when facing United in Holland, but last month’s 2-2 draw with Partizan Belgrade at Kyocera Stadion gives cause for concern.

They trailed 2-0 for a long time that night until substitute Ferdy Druijf hit a late double, ironically just after his team had been reduced to 10 men.

Top scorer Myron Boadu is suspended after being sent off on 84 minutes, so we’re going to stick with a 1-1 draw at 25/4 to finish off our Man Utd vs AZ Alkmaar betting tips.

Wolves vs Besiktas: Wanderers can shade low-key contest
Chelsea vs Lille: Blues to keep it tight and advance
Author

Sheff Utd vs Leeds: Blades can kick-start their campaign

Lincoln vs Liverpool: Reds to enjoy routine win over Imps