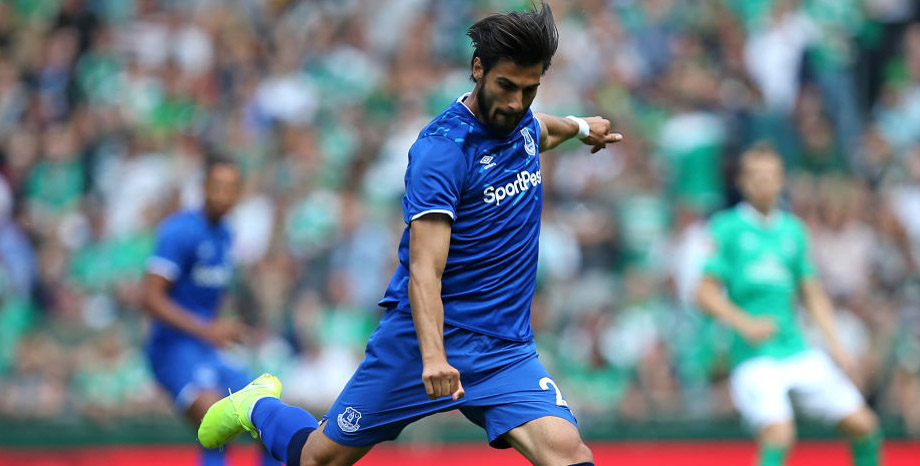 Everton will have fond memories of the last time they entertained Manchester United in the Premier League, romping to a 4-0 triumph 10 months ago.

The Red Devils will not relish returning to Goodison Park just three days after a crunch Europa League clash with Club Brugge and look worth taking on again.

Punters can get 3/2 for a home win and that is rated a fair price for our initial Everton vs Man Utd prediction.

Everton’s hopes of qualifying for Europe next term took a hit when they went down 3-2 at Arsenal, but that was still another positive performance.

The Toffees netted through strike duo Dominic Calvert-Lewin and Richarlison in a match where they had 17 attempts on goal, almost twice as many as their hosts.

Another bright spot was the return to action of Andre Gomes, just over three months after suffering a serious ankle injury.

“I think we played a good game and we had a lot of chances, especially in the last 20 minutes,” Gomes told the club website.

“We need to look forward. We have three tough games coming next and we want to be ready.”

Everton are unbeaten at home since the departure of Marco Silva, posting four wins and a couple of draws in the Premier League.

Richarlison is in form, netting in four of his last five top-flight appearances, and has done well in big matches this term.

Looking at the Everton vs Man Utd odds, we like 14/5 for the Brazilian to score in a home win.

United moved up to fifth in the table after following up a fine 2-0 win at Chelsea by beating Watford 3-0 at Old Trafford.

New signing Bruno Fernandes again made a big impression versus the Hornets, earning a penalty he successfully converted himself and providing an assist for Mason Greenwood’s excellent goal on the break.

“In today’s market, I think we got a good deal,” said Ole Gunnar Solskjaer. “Obviously, he’s come in and done really well. He’s given everyone a boost.

“You can see the supporters, they’re used to players with that personality, mentality and quality, so he’s been a big plus.

“He’s come in from day one, the first minute, and felt like a presence in the group. First training session, demanding the ball.

“Some players take some time in warming up, but he felt confident straight away.”

However, with Marcus Rashford absent, Anthony Martial is still United’s main attacking threat, having hit the target six times in their last 10 league games after a sublime chip versus Watford.

Let’s finish off our Everton vs Man Utd betting tips by taking 163/100 for the Frenchman to further enhance that good recent record.

Watford did have plenty of chances early on, though, and the Red Devils are being stretched by their Europa League exploits, so this represents a tough test.