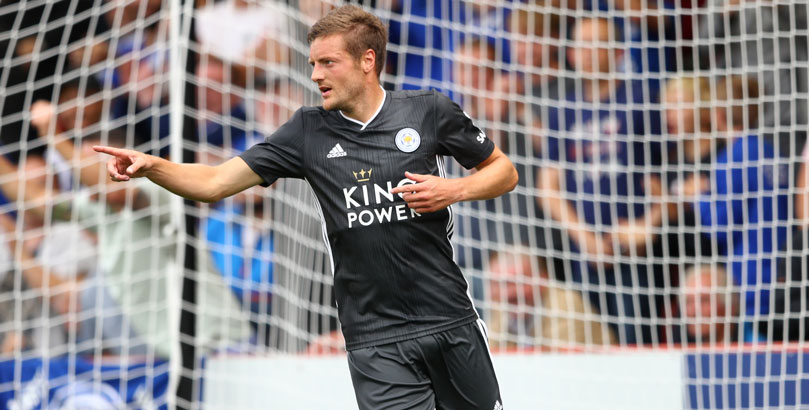 Sheffield United have made an unbeaten start to life back in the Premier League by picking up four points from their opening two games.

Leicester have drawn their first two fixtures but will have taken a lot of confidence from their 1-1 draw at Chelsea last Sunday.

The Foxes will be made to fight all the way but they can edge a 2-1 win at 35/4 and that is our initial Sheff Utd vs Leicester prediction.

Sheffield United had been odds on in bwin’s Premier League relegation odds but have been eased out to 11/10 after getting their first win on the board.

Back in the top flight for the first time since their relegation in 2007, Chris Wilder’s side built on their opening-day draw at Bournemouth by beating Crystal Palace 1-0 at Bramall Lane.

John Lundstram fired home the decisive goal after 47 minutes and the majority of the 30,197 crowd responded with a noise to rock the foundations of the world’s oldest professional football stadium.

Wilder, himself a Blades fan and former player, said: “I know more than anyone what these supporters have had to go through and what they have been served up and had to deal with. But they kept coming back every week and supporting the team.

“They kept coming for a reason, because it’s their football club. Sometimes these days would have seemed a million miles off, so this is definitely a day for our supporters and one for them to enjoy and stick down in the memory bank.

“They have gone through the mill, these are not glory-hunting supporters. This club can go anywhere at any stage – and it has done. But hopefully now we are in the right direction.”

The Blades have netted in both Premier League games and, looking at the Sheff Utd vs Leicester odds, 31/20 for them to net exactly one goal again has strong appeal.

Callum Robinson has recovered from injury in time after the Blades forward had to come off during the win against Palace.

John Fleck also hobbled off with an injury last weekend and a late decision will be made on the midfielder’s fitness.

Ravel Morrison will hope to be involved in the matchday squad for the first time this season. Wilder insists the summer signing is fit and ready after playing 90 minutes in a behind-closed-doors game this week.

Leicester will count themselves unfortunate not to have ruined Frank Lampard’s Chelsea homecoming after having to settle for a point at Stamford Bridge.

Brendan Rodgers’ side showed why they are tipped to make a challenge for the top six this season as Wilfred Ndidi made up for his error in the build-up to Mason Mount’s early opener with a second-half equaliser before James Maddison and Jamie Vardy squandered chances to win it.

Rodgers said: “We should have won it. It was a tough start for us, Frank got a great reaction which fed into the players and we struggled to get into it. We had to hang in there in the opening minutes but after that we gained composure.

“Second half I thought we were very, very good, defensively. We didn’t give away much and then we created a number of good chances to win the game. A point was the least we deserved, I am proud of the boys. We should have won the game.

“The top six is always going to be difficult, but we have got to be aggressive and dominate, whatever arena you are playing in, home or away, and you saw that from my team today. I know how tough it is to come here.”

Vardy netted 18 times in the Premier League last term and we are backing him to get off the mark for the attack-minded Foxes.

We fancy odds of 13/4 for the former England striker to set his side on the way to their first win of the season by grabbing the opener.

Leicester defender Ben Chilwell looks set to miss out as he continues to struggle with the hip problem that ruled him out against Chelsea.

He has had an injection and is expected to be back in contention for the home game against Bournemouth on August 31.

Veteran Christian Fuchs stepped in to fill the void at Stamford Bridge and he should keep his place in the team.