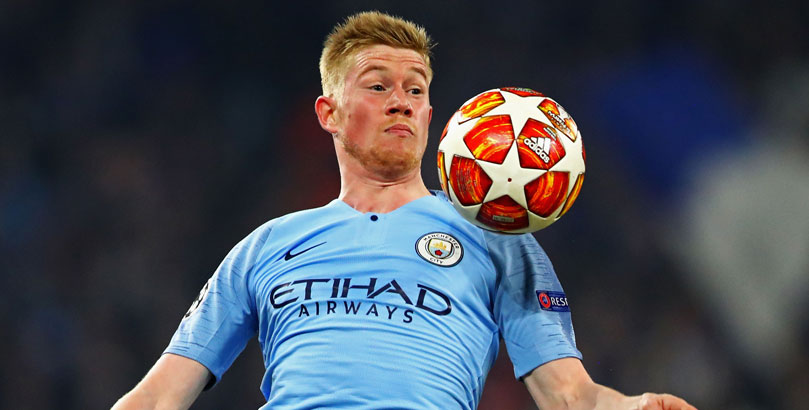 Manchester City look back to somewhere near their best going forward, but still seem prone to the occasional defensive lapse ahead of facing Crystal Palace.

The Eagles are a spirited bunch and have scored in five of their last six Premier League matches, so a consolation goal could be within their compass.

Punters can get 29/20 for a home win and both teams to score at Etihad Stadium and that is our opening Man City vs Crystal Palace prediction.

City followed up a fine 3-1 EFL Cup win away to neighbours United by hitting Aston Villa for six in this competition, before conceding a stoppage-time penalty.

Sergio Aguero hogged the headlines with a record-breaking hat-trick, his 12th top-flight treble to overtake Alan Shearer in that department.

Team-mate Kevin De Bruyne commented: “Sergio has been here for nine years or so and to do that on a consistent basis for that long is…wow!

“I’ve been playing with Sergio for five years and the record he’s got speaks for itself.

“Off the pitch too, the way he acts is really good. He’s not one of these that you hear about all the time – he just plays football.”

De Bruyne, meanwhile, has been the king of the assists this term, providing 14 so far, six more than nearest challenger Trent Alexander-Arnold.

However, the Belgium playmaker has a good scoring record himself versus Palace, netting in three of the last five head-to-head encounters at this venue.

Looking at the Man City vs Crystal Palace odds, we like 8/5 for KDB to strike at anytime and 11/2 he breaks the deadlock.

Defender Aymeric Laporte and winger Leroy Sane are the only major absentees for City, but both are close to returning after long-term knee injuries.

Palace can take some heart from last season’s surprise 3-2 triumph over City in Manchester and will be hoping lightning strikes twice here.

The Eagles travel north in fair form, having lost just one of nine league games following a 1-1 draw with Arsenal at Selhurst Park.

Pierre-Emerick Aubameyang put the Gunners ahead early on, but Jordan Ayew levelled things up nine minutes into the second period.

Hodgson said: “I think the club is sensible because you need to know the type of players that suit your style of play and will help you.

“They fit the profile of players that are prepared to knuckle down, work for the team and not seek personal glory, but to seek their glory through team performances.”

Looking ahead to this trip, he laughed: “We won there once! It seems like a lifetime away, but we did win a game there and we dine out on that every now and again.”

Palace do tend to keep things tight early on when taking on better teams, with seven contests against top-seven sides this season producing only three goals before the interval.

Unfortunately, all of those were conceded by the Eagles, 27/10 for the Blues to be leading 1-0 at half-time appeals for our Man City vs Crystal Palace betting tips.

Analysis: Ten footballers who could suffer from burnout this season