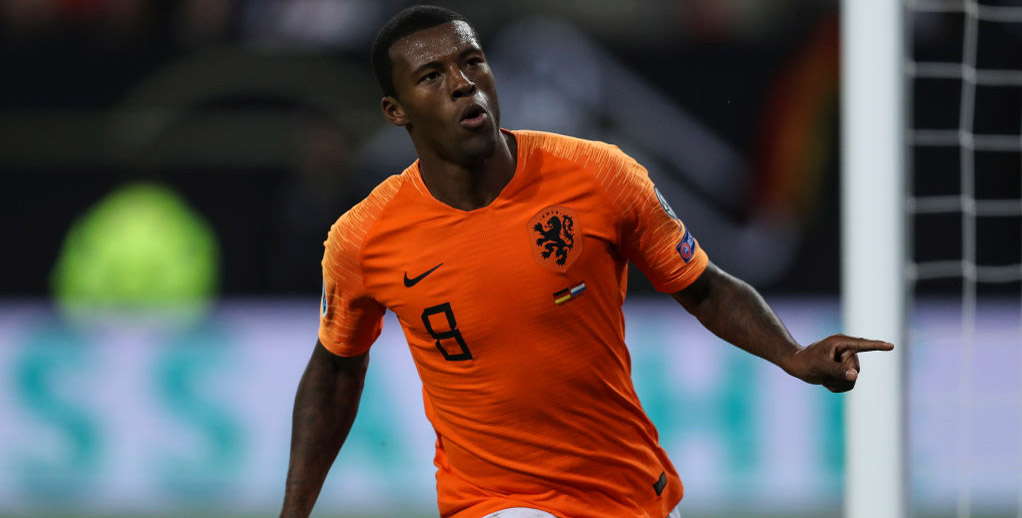 Michael O’Neill will be hoping to sign off his tenure as Northern Ireland boss on a high but faces a daunting test when the Netherlands visit Belfast.

O’Neill is still in charge despite securing a switch to Championship club Stoke and will at least oversee this game and a trip to Germany in Euro 2020 Group C.

That should spur the men in green on even more, but we’re going for an away win and both teams to score at 5/2 for our initial Northern Ireland vs Netherlands prediction.

Northern Ireland battled hard to win their first four qualifiers against Estonia and Belarus, but have since slipped up versus the big two in this pool.

After going down 2-0 at home to Germany, they did threaten to pull off a big upset when Josh Magennis put them in front in Holland after 74 minutes.

However, Memphis Depay’s late double and a Luuk de Jong strike turned things around for the Dutch.

Ireland responded well by securing a 3-2 friendly success away to the Czech Republic, with Paddy McNair netting twice and Jonny Evans also hitting the target.

Evans has wished O’Neill well in his next challenge, stating: “Everyone is very happy for him, what he has done at international level has been amazing.

“He has been a constant through my international career, I’ve been working with him nearly eight years.

“He’s always been that one manager to bounce off and has been incredible for my career and for a lot of the lads with Northern Ireland.

“We owe him a lot and I’m sure everyone sent him a congratulations text – and it’s even better to have him with us through the rest of the campaign.”

All that points towards another positive display from the hosts and they could be competitive for a while, so 3/1 for Draw HT/Holland FT appeals from the Northern Ireland vs Netherlands odds.

A Look At Netherlands’ Betting Odds

Ronald Koeman has put Holland firmly back on the international map and has a superb set of players at his disposal.

The Dutch reached the Nations League final, knocking out England in the semis before losing narrowly to hosts Portugal.

That momentum has been maintained during Euro 2020 qualifying, with the pick of their five wins from six matches being a 4-2 victory in Germany.

They have also won 4-0 away to Estonia and beat Belarus 2-1 on the road last month, so this is not a team which suffers from travel sickness.

Up front, Ryan Babel, Depay, Quincy Promes and De Jong are all now proven performers at this level.

Ireland boss O’Neill said after the heart-breaking loss in Rotterdam: “The team can be very proud of themselves in this group, we are playing against world-class players.

“We are bringing in players from League One. There has to be a little bit of perspective.”

The hosts will fight for everything and can pose problems with their physical presence, but 31/4 for a 2-1 away win is added to our Northern Ireland vs Netherlands betting tips.

Fulham vs Aston Villa: Cottagers have history on side

Man City vs Leicester: Hosts to oblige in open contest