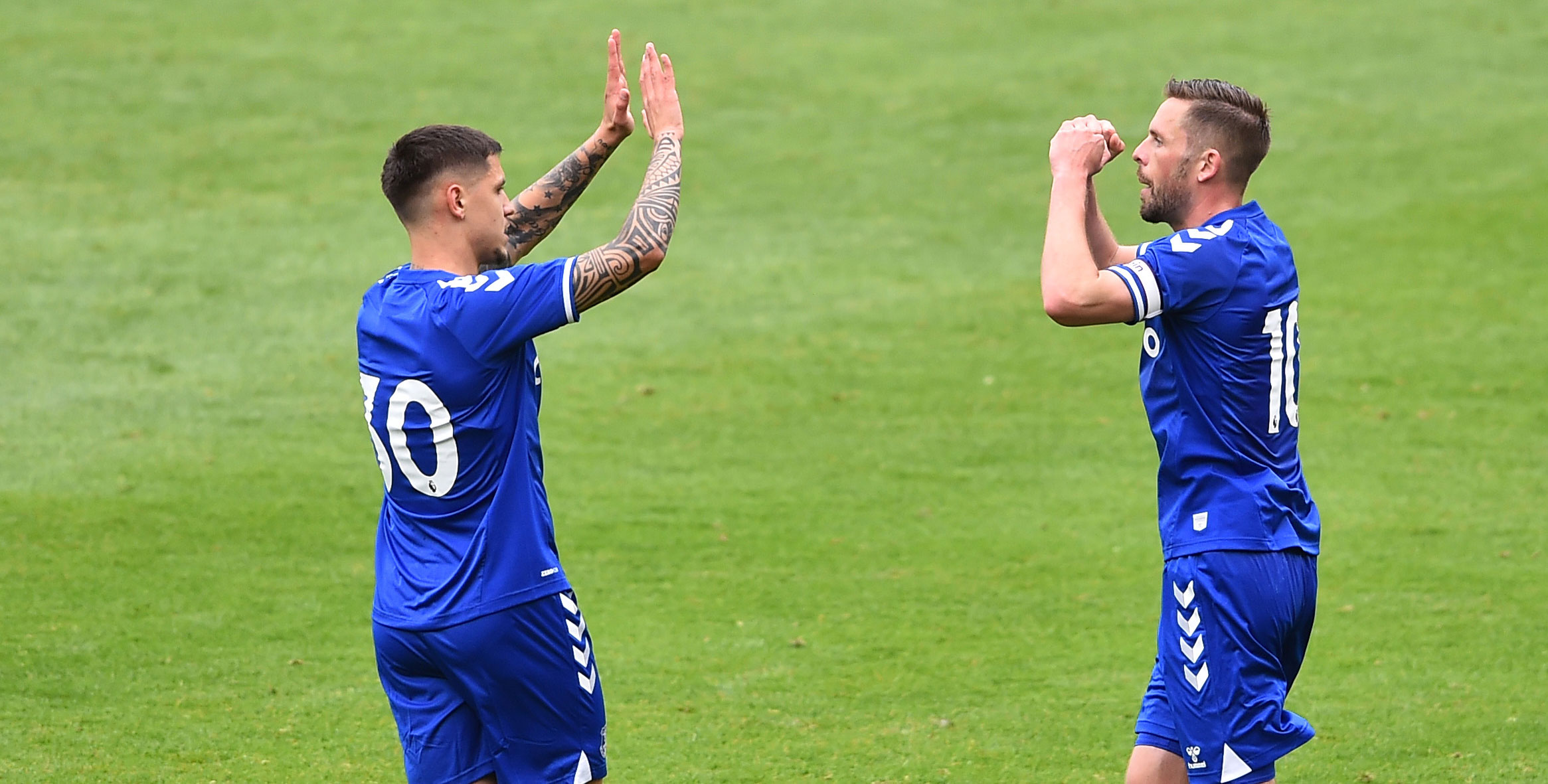 Everton have an excellent chance to build on last week’s memorable derby triumph over Liverpool when entertaining Southampton at Goodison Park.

Struggling Saints have picked up just one point from their last eight Premier League matches following a 3-0 drubbing at Leeds on Tuesday night.

Getting 23/20 for a home win here feels like a gift for our first Everton vs Southampton prediction.

Everton’s 2-0 triumph at Anfield was their first victory against the Reds in 11 years and first across Stanley Park since 1999.

Richarlison’s early strike and a late Gylfi Sigurdsson spot-kick also moved the Toffees level on points with sixth-placed Liverpool with a match in hand.

Carlo Ancelotti commented: “We gave to the players confidence and belief that we could do this – and we did.”

However, he was quick to urge his players not to rest on their laurels and seek more consistency to push for European qualification.

“Our target is not (beating) Liverpool. Our target is to reach the European positions and be playing European football next season.”

Recent home losses to Newcastle and Fulham highlight how Everton are far from the finished article, but they are hard to resist after such a noteworthy triumph last time out.

Looking at the Everton vs Southampton odds, we like 23/10 for an upbeat home win and over 2.5 goals in the game.

Southampton stopped the rot of six straight league defeats when drawing 1-1 with Chelsea last Saturday but were back floundering at Elland Road.

Goals from Patrick Bamford, Stuart Dallas and Raphinha left Saints 14th in the table, 10 points adrift of their next opponents.

However, Ralph Hasenhuttl’s side did hold their own in terms of possession and attempts on goal, especially in the first half.

Jan Vestergaard and Nathan Tella wasted good early openings, while Che Adams had a goal ruled out just before half-time after referee Andre Marriner claimed he had not blown for a free-kick to be taken.

Hasenhuttl did not hold back in his assessment of the performance, telling BBC Sport: “First half good, second half disaster.”

The Austrian coach added: “We left what we had in the first half; they had no chances, we were dominating.

“Then we gave it away in a way that was much too easy…we don’t play like a winning team at the moment.”

Saints look susceptible to midfielders running through from deep positions and are also prone to giving away free-kicks in dangerous areas.

That makes 7/2 for James Rodriguez to score in a home victory worth adding to our Everton vs Southampton betting tips.