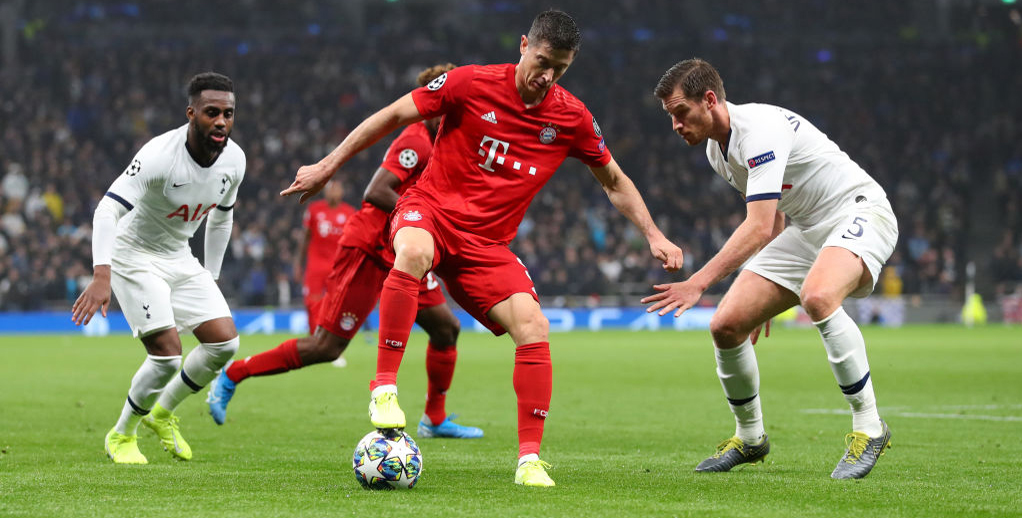 Bayern Munich and Tottenham are already assured of finishing first and second respectively in Champions League Group B, but there will still be some spice to this game.

Spurs will have not forgotten an embarrassing 7-2 loss to the German giants on home turf on Matchday 2, when former Arsenal trainee Serge Gnabry netted four times.

However, Jose Mourinho was not in charge of that contest, so thoughts of revenge may be put aside for another time.

We prefer to go with 27/20 for a home win and both teams to score as our initial Bayern Munich vs Tottenham prediction.

Bayern were a touch flattered by the final scoreline in London, as it was 4-2 and quite competitive until Spurs collapsed in the last 10 minutes.

However, FC Hollywood have powered impressively through this pool, doing the double over Red Star and Olympiacos to make it five straight wins.

With 21 goals scored and just four conceded, they have the best record in the entire tournament at this stage, while Robert Lewandowski heads the Golden Boot race on 10.

All is not well on the domestic front this term, as back-to-back 2-1 losses to Bayer Leverkusen and Monchengladbach have left Bayern down in seventh place in the Bundesliga.

Those defeats signalled the end of a honeymoon period for interim manager Hans-Dieter Flick, who claimed four consecutive victories after replacing Niko Kovac following a 5-1 drubbing at Eintracht Frankfurt.

However, that could just make Flick more determined to achieve a positive result here, as speculation over possible moves for Pep Guardiola or Mauricio Pochettino re-surface.

A Look At Tottenham’s Betting Odds

Spurs have done well to wrap up second place after starting out with a 2-2 draw at Olympiacos and then that Bayern debacle.

After thrashing Red Star 5-0 at home and 4-0 away, Mourinho enjoyed a nice home debut when the Greek outfit were beaten 4-2.

However, Tottenham did go 2-0 down early on in that game and there is also a 2-1 loss at Manchester United blotting Mourinho’s early record.

Saturday’s 5-0 thrashing of Burnley got Spurs back on track in the Premier League, but they now have two tough tests against Wolves away and Chelsea at home coming up.

The feeling is that Mourinho must prioritise those matches above this contest, so we’re happy to take Spurs on in Germany.

Lewandowski would be an obvious pick to net first, but 9/2 for Gnabry offers a bit more value to our Bayern Munich vs Tottenham betting tips.

Dinamo Zagreb vs Man City: Blues have nothing at stake
PDC World Darts Championship: Price can be right for Gerwyn
Author