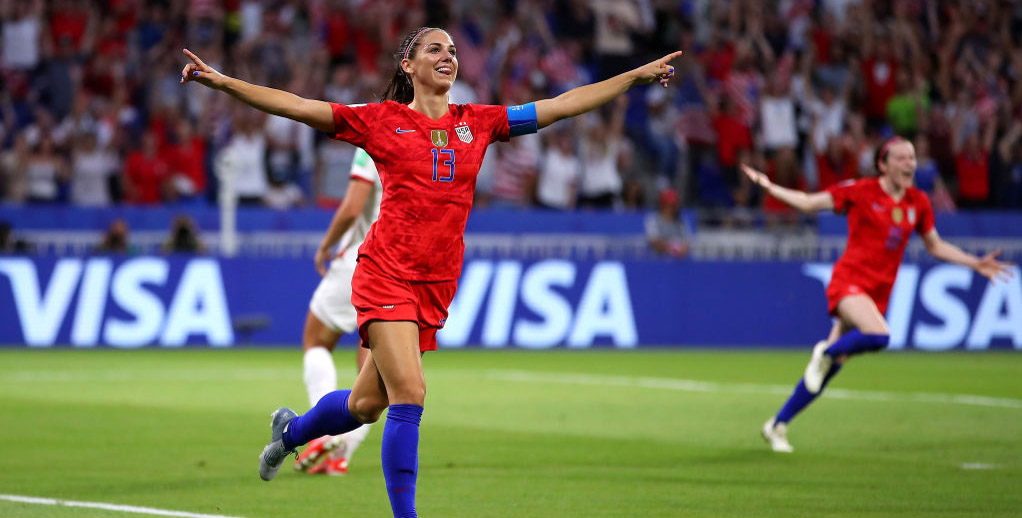 USA had to ride their luck at times when edging out England but that game seemed on a different level to the second Women’s World Cup semi-final won by the Netherlands.

The holders look visually fitter than the European champions, possess more tactical nous and have some lethal finishers up front when chances arise.

We’re snapping up 6/5 for the Stars and Stripes to win by more than one goal for our first USA Women vs Netherlands Women prediction.

The USA made a statement of intent when thrashing Thailand 13-0 in their Group F opener, before claiming clinical wins over Chile and Sweden.

Jill Ellis’ side were then made to work hard for 2-1 triumphs against Spain and hosts France, with Megan Rapinoe hitting all four goals.

Rapinoe surprisingly sat out the semi-final, but Christen Press and Alex Morgan netted as they beat England by the same scoreline.

The Americans enjoyed the rub of the green when Ellen White had a goal ruled out for offside by VAR and then Steph Houghton had a moderate penalty saved.

However, we were still impressed by the athleticism and professionalism of the three-time champions.

Ellis is hoping an extra day’s rest will give her team an advantage and urged her players to remain focused.

“First, I said we’ve got four days in between (games) this time, so this will help,” she commented. “I also just said ‘stay humble, we’ve got one more’.”

There are few weak links in the American set-up and they have been especially adept at starting strongly, scoring early on in all of their matches.

The latest they have broken the deadlock is 12 minutes, so 31/10 for the favourites to lead after 15 minutes stands out from the USA Women vs Netherlands Women odds.

The Netherlands came through some close contests when topping Group E with wins over New Zealand, Cameroon and Canada.

They then needed a stoppage-time penalty to edge out Japan 2-1, but were more convincing in a 2-0 victory over Italy.

Manchester United capture Jackie Groenen settled a tense semi-final tussle with Sweden in extra-time and believes the United States can be beaten.

“Of course, we watched America’s game against England,” said Groenen. “They are a really strong team and that is obvious.

“But it is one game and there are possibilities. I hope we will be able to play our own game and who knows what will happen?

“It is so nice to be part of a team with so much confidence that we give to each other. The final will be difficult, but it really will be incredible to win.”

The European champions will be buoyed by a long, winning run and have highly-rated Arsenal striker Vivianne Miedema leading the way up front.

However, we fear the Americans are simply a class apart and 23/4 for them to win 2-0 completes our USA Women vs Netherlands Women betting tips.