Wales must win their last couple of Euro 2020 Group C qualifiers to have any chance of a top-two finish and can start off by beating Azerbaijan in Baku.

The hosts are bottom of this pool, having picked up just one point from six fixtures, although they have scored in all three home matches so far.

That suggests the Dragons will need to be positive at Bakcell Arena, so 7/4 for an away win and over 2.5 goals gets the nod as our initial Azerbaijan vs Wales prediction.

A Look At Azerbaijan’s Betting Odds

Wales will be wary of the fact that Azerbaijan’s only point came from a commendable 1-1 draw with Croatia at this venue in September.

However, they were previously beaten 3-1 here by Hungary and thrashed 5-1 on home turf by Slovakia.

Last time out, they went down 1-0 in Hungary and this is proving a tough job for head coach Nikola Jurcevic, who was an assistant to Slaven Bilic for two years at West Ham.

Top club team Qarabag have been doing okay in the Europa League, with national captain Maksim Medvedev one of a number of players from their ranks involved here.

Striker Ramil Sheyadev has shown enough promise to earn a move to Dinamo Moscow, but is only a fringe player there.

They do invariably grab a consolation goal in front of their own fans, though, so 17/5 for an away win and both teams to score takes the eye from the Azerbaijan vs Wales odds.

Wales only just got away with a sloppy performance when edging out Azerbaijan 2-1 in Cardiff a couple of months ago, thanks to Gareth Bale’s late decider.

However, the feeling was that night that an on-form Dragons outfit would be too good for their opponents in the return fixture.

Ryan Giggs will be desperate to have Bale fit after he again came to the rescue in a 1-1 home draw with Croatia five weeks ago.

The winger picked up a calf injury in that contest and has not played for Real Madrid since, but he has looked happy enough in training.

Wales lost narrowly to Croatia and Hungary on the road in this pool, but there was lots to like about a 1-1 stalemate against Slovakia in their last away game.

Having Juventus midfielder Aaron Ramsey available again after niggling injury issues is a bonus, along with the excellent form of Daniel James at Manchester United.

The Dragons will be determined to keep their hopes of progressing alive, with memories of reaching the Euro 2016 semi-finals still strong.

“I think the experience that we’ve got from making a tournament, and missing out on tournaments, understanding what it takes to get there, will be invaluable,” said defender Ashley Williams.

Let’s finish off our Azerbaijan vs Wales betting tips by taking 29/2 for a 3-1 away win. 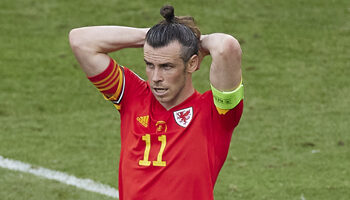