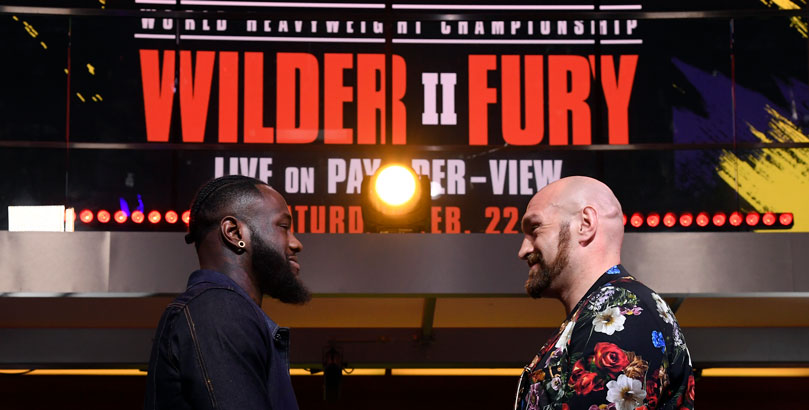 One of the most anticipated heavyweight boxing matches in recent years will finally take place this Saturday.

The rematch between Deontay Wilder and Tyson Fury has been billed as ‘unfinished business’ after their first meeting produced the only draw that either fighter has been involved in during professional careers that have seen nothing but wins.

With little seemingly separating the two giants, we’ve combed through the data for clues to how the fight will unfold.

Fury’s height makes him an imposing opponent as he towers over most other heavyweights, but his American rival is only five centimetres shorter. Furthermore, Wilder has looked the more assured in dealing with large rivals. Both men have faced four other boxers who stand 195cm or taller in a 12-round contest, with Wilder knocking out all four of his but Fury letting two take him the full distance.

Which round will the fight end in?

Wilder is famous for his punching power and athleticism which has seen his 12-round matches end after an average of 6.7 rounds compared with Fury’s 8.1, so if one fighter turns up in superior condition on Saturday then the seventh or eighth round could be where this one ends.

If Fury has a bad night then it could be over quickly as four of Wilder’s 12-round contests have ended in the first.

However, if the American is the worse prepared then the fight could still drag on as only two of Fury’s matches have ended before the fifth round. Coincidentally, the fifth round is the earliest in which both boxers have ended a previous full-length contest.

However given that both boxers have seen more of their previous 12-round encounters end in the seventh round or later – including five Fury fights which have lasted the full distance – it is likely that spectators will be getting value for money.

What can we learn from their last fight?

Their last encounter was a clash of styles, with Wilder throwing more punches than Fury in 11 of the 12 rounds. The odd round out was the 10th after the Bronze Bomber had tired himself out trying to finish Fury off with his three highest punch tallies of the night in the three preceding rounds.

Fury was the more accurate boxer in nine of the 12 rounds last time and landed a double-digit number of punches in the third and 10th, both of which had followed a Wilder onslaught. His best chance of a knockout could therefore be to invite and absorb a flurry of attacks and then strike while his opponent is tired.

The potential success of this strategy was indicated by the latter six rounds of their previous contest, in which Fury’s power punches landed twice as successfully as Wilder’s, but the British fighter needs to remain alert.

The accuracy of the American’s jabs improved in the second half of the fight and were finding their target more reliably than Fury’s, so a fatigued Wilder cannot be written off.

Join bwin today and receive up to £20 money back as a FreeBet if your first wager at odds of 1/1 (2.0) or greater is a loser! Terms and conditions apply.

76ers vs Nets: Philadelphia have too much firepower
St Helens vs Sydney Roosters: Saints can be competitive
Author