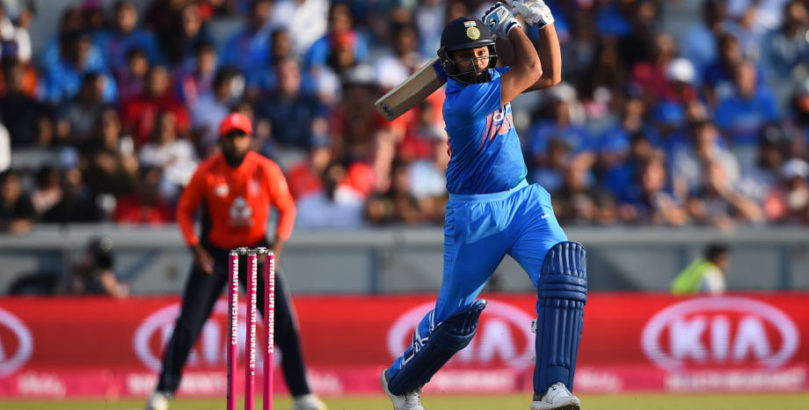 Afghanistan have predictably struggled against the top teams at the Cricket World Cup and are unlikely to buck that trend when taking on India in Southampton.

The Men in Blue have won all three of their completed matches in convincing fashion and look on course to cruise into the semi-finals.

Rohit Sharma smashed a memorable 140 versus Pakistan at Old Trafford and now returns to the venue where he hit an unbeaten 122 versus South Africa.

The 32-year-old, nicknamed Mr Talented, is 2/1 to top score for his team again and that is our opening India vs Afghanistan prediction.

A Look At India’s Betting Odds

India’s army of fanatical fans enjoyed a great day out in Manchester last weekend, as Sharma’s century, plus fifties from KL Rahul and Virat Kohli, instigated an 89-run triumph over arch-rivals Pakistan.

“It was a team effort to get to 336 and if you bowled in the right areas, there was joy to be had,” said captain Kohli.

Spin proved the key bowling weapon on that occasion, but Afghanistan have struggled to cope with raw pace during this tournament.

That makes Jasprit Bumrah an interesting proposition to be his side’s top bowler at 3/1 from the India vs Afghanistan odds.

A Look At Afghanistan’s Betting Odds

Afghanistan were never likely to mount a serious challenge to England’s mammoth total of 397 as they crashed to a fifth successive defeat to remain rooted to the foot of the group-stage table.

However, they managed to avoid being blown away and replied with a respectable 247 for eight – their highest score of the tournament to date.

Hashmatullah Shahidi epitomised the spirit shown by batting on after being floored by a Mark Wood bouncer to make 76.

He recalled: “The ICC doctors came to me, and our physios, and my helmet was broken in the middle.

“I told them I couldn’t leave my team-mate at that moment. My team needed me, I carried on.”

Having also hit a half-century versus New Zealand, 4/1 for Hashmatullah to be his team’s top batsman again is added to our India vs Afghanistan betting tips.