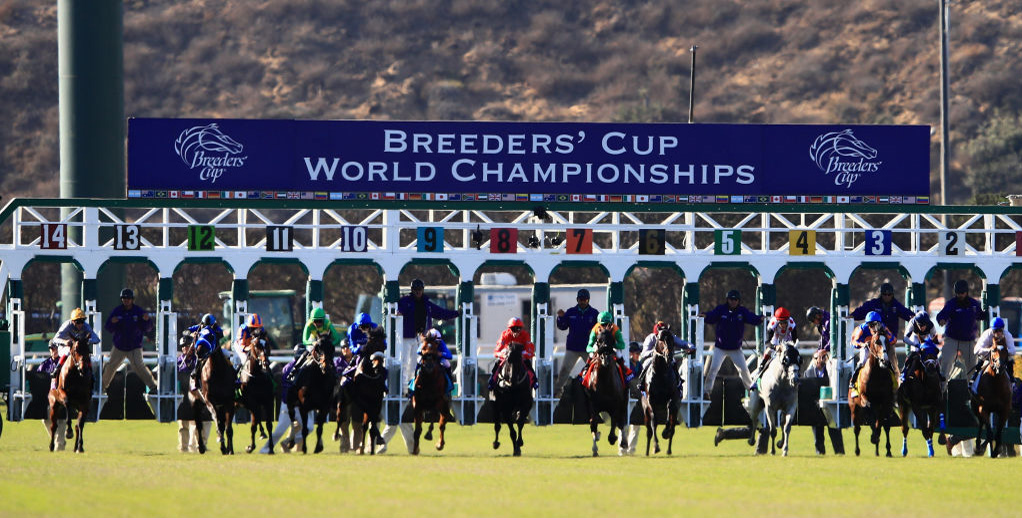 All eyes will be on Santa Anita this weekend and we’ve got Breeders’ Cup tips from Neil Morrice to help punters bash the bookies.

This event has been billed as the Ryder Cup of horse racing, as high-class European raiders battle it out with America’s best across the Atlantic.

Has the favoured rail for Brad Cox and Joel Rosario in the Filly & Mare Sprint, is four from five this year and will be hard to pass if getting to the lead.

Attempts to go back-to-back for trainer Peter Miller in the Turf Sprint. The seven-year-old is rarely out of the money and having run a cracker in his warm-up for this, he can again get into the shake-up.

For many the idea of the banker on the card in the Dirt Mile. Richard Mandella’s Breeders’ Cup winners have all come at Santa Anita. Furthermore, he was gameness personified in resisting Shancelot here last time out.

In the Filly & Mare Turf, the Europeans have a decent shot, even though Magical has been retired to the covering sheds.

While Sistercharlie dominates the market and could go off odds-on, Fleeting has a definite claim to take down the favourite in our Breeders’ Cup preview.

She has been unlucky on more than one occasion, especially behind Star Catcher at Ascot, and has the wherewithal to land the spoils under Ryan Moore.

Can lay a glove on some well-regarded foes to deliver for the powerful Steve Asmussen barn in the Sprint on dirt.

The selection might have only scraped home against Firenze Fire at Saratoga, but he is the kind of horse that knows where the winning post is.

The Mark Casse-trained runner came up short at Woodbine when a heavily-backed favourite, but is more than capable of bouncing back in the Mile on dirt if the word on track this week is anything to go by.

Trainer Chad Brown is adamant she is way better than her third to Blue Prize at Keeneland and this three-year-old is a capable filly that can turn the tables on the big occasion in the Distaff, so gets the star vote in our Breeders’ Cup picks.

There is sadly no Enable in the Turf, while Arc winner Waldgeist did not show up either.

It adds up to a depleted field, in which Old Persian can take advantage for the Charlie Appleby arm of the Godolphin operation.

The Sheema Classic winner enjoyed a profitable Meydan Carnival before netting that Group One and, though flopping in the Coronation Cup, has benefited from being let down mid-season.

Appleby freshened him up to return with a pleasing place finish in the Grosser Preis Von Baden in Germany, followed by a win in the Grade One Northern Dancer at Woodbine.

The Americans probably have one of their best chances of lifting this with Bricks And Mortar, but that one is stepping up in distance, which is a source of worry.

Shug McGaughey is adamant his charge can overcome a wide draw in the Classic and show how unlucky he was to get ruled out of last year’s Juvenile through a freak setback on the eve of the race.

On the book, there is little to choose between Vino Rosso and Code Of Honor.

In the Jockey Club Cup here in September, Vino Rosso held on by a nose after getting a more enterprising ride.

But Johnny Velasquez will surely be more alert to the need to be handy this time, knowing that Santa Anita is not a renowned track for closers.