With the new NBA season getting under way, we’ve analysed every previous one under the current format – stretching back to 2004-05 – for clues about what might happen this time around.

Which state will provide the winning team?

There may be 50 states but only three have produced multiple NBA champions under the current format.

The most populous, California, has produced four of the last six and leads the nation with six overall, so it’s unsurprising they are favoured to add to their tally in 2021.

Basketball success has correlated pretty well with population as the two states with the most inhabitants after California have won another seven championships combined: Texas has four and Florida three.

However, their influence has waned since their clash in 2014 when the San Antonio Spurs triumphed over the Miami Heat, with the Heat’s NBA Finals appearance in 2020 their only involvement in the sport’s showpiece since.

Which division will provide the winning team?

The Western Conference is in the ascendancy at the moment, having provided five of the last seven NBA champions and 10 of the 16 under the current format.

This dominance has been driven by the Pacific Division, which has provided more than half of its NBA finalists since 2004-05 including in each of the last six years. The first five of those were the Golden State Warriors before the Los Angeles Lakers reached this stage for the first time since 2010.

The Lakers are favourites to win their second championship in a row, which would not be a huge surprise given their previous final appearance also saw them secure a back-to-back title.

Who will reach the final?

The regular season provides a useful barometer for play-off performance, with 14 of the 16 NBA champions in the current era having finished either first or second in their conference. Of the 12 finalists who topped their conference, nine were victorious compared with just five of the 13 who finished second.

Even the previous season is a powerful predictor, with 12 of the winning NBA finalists placing in the top two of their conference the year before.

The Boston Celtics’ historic turnaround in 2008, in which they won the championship despite finishing bottom of the Eastern Conference the year before, remains an extreme outlier in a competition where success is usually sustained over multiple seasons.

History suggests that at least one of this year’s finalists will have reached at least the Conference Finals last year, given that just over half of the last 32 did so. Besides last year’s NBA finalists, that points to either the aforementioned Celtics or the Denver Nuggets going one stage further this time around.

Packers vs Buccaneers: Rodgers backed to edge out Brady 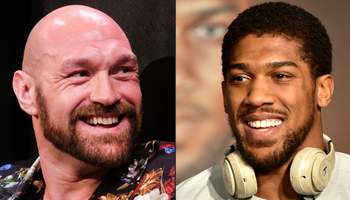