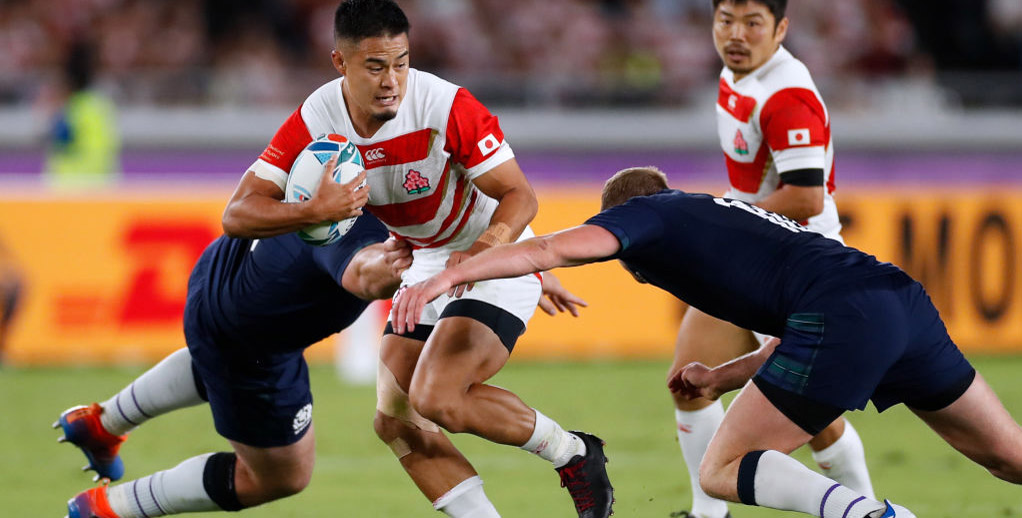 Japan will have fond memories of facing South Africa at the 2015 Rugby World Cup, when famously pulling off a stunning upset to prevail 34-32 in Brighton.

The Brave Blossoms have been superb on home turf this time around, claiming the scalps of Ireland and Scotland, so they could well test the Springboks again.

Punters can get 91/100 for the hosts with 14.5 points start and that is tempting enough to be our initial Japan vs South Africa prediction.

A Look At Japan’s Betting Odds

Japan served notice that they meant business when beating Ireland 19-12 in between comfortable victories over Russia and Samoa.

Jamie Joseph’s team then handed hope and joy to a nation suffering the after-effects of Typhoon Hagibis with a 28-21 victory over the Scots, watched by more than 60 million people on TV.

“For me, we’ve already made our goal,” said Tonga-born lock Uwe Helu. “No one expected us to make the top eight, so we’ve already proved everyone wrong.

“But when you make something happen like that, you just want to keep going.

“We’re still feeling the crowd excitement and support from the last game. Just knowing and finding out how many people were watching the game, that is a huge boost.

“We always know that if we keep winning, lots of people will support us. It adds extra motivation. Just the energy that the fans bring, it definitely boosts us, that’s for sure.”

Getting through will be tough, but we’re hopeful that the Brave Blossoms can be competitive in Chofu, especially if a few 50-50 refereeing calls go their way.

Looking at the Japan vs South Africa odds, there is plenty of appeal in 2/1 for the Springboks to prevail by just 1-12 points.

South Africa were far from disgraced when kicking their campaign off with a 23-13 loss to hat-trick seeking holders New Zealand.

The Springboks then went on to wipe the floor with Namibia, Italy and Canada, racking up 172 points and conceding only 13.

Head coach Rassie Erasmus will also take heart from a 41-7 demolition of Japan in a Kumagaya warm-up match ahead of this tournament.

Winger Cheslin Kolbe is confident there will be no psychological hangover from four years ago.

He said: “If you look at the current World Cup and compare it back to 2015, the rugby has definitely gone a different way.

“It’s not the same style of rugby being played. Teams are very much more technical currently than the previous tournament.

“Japan are playing some really exciting rugby. They are giving the ball a lot of air and they want to stretch your defence structures.

“That is a style I love to play, but as a team we have our own plan that we will try to implement.”

The favourites will respect their opponents, though, and are unlikely to turn down an early chance to kick three points if it comes up.

That makes 2/1 for the first scoring play to be a Springboks penalty worth adding to our Japan vs South Africa betting tips.