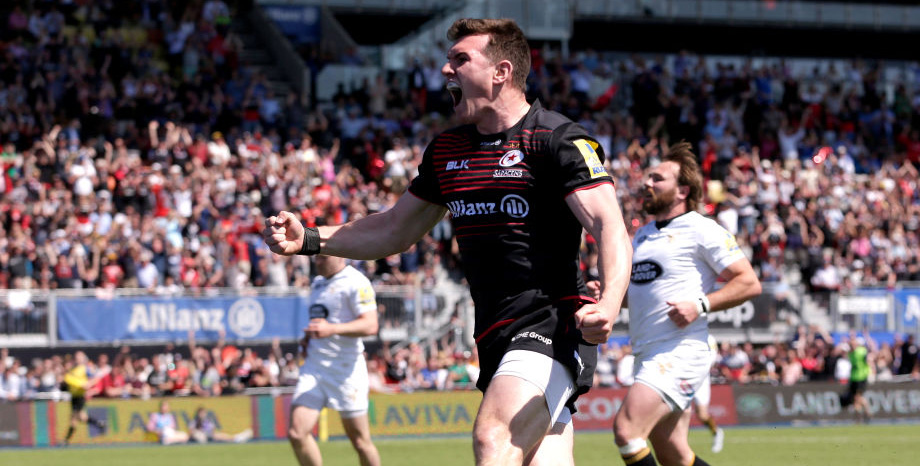 We’ve picked out our Premiership Rugby predictions ahead of Saturday’s play-off semi-finals and are looking at the handicap markets for a bit of value.

Last season’s two finalists are red-hot favourite to reach the decider again, but will they be able to cover double-digit starts this term?

Gloucester will not lack support here, having prevailed 30-24 when these teams met at Kingsholm in February, but they do not tend to travel well.

Sarries stormed to a 38-15 triumph at Allianz Park back in September and romped home by 62-12 here last May.

Mark McCall’s men crushed Wasps 57-33 at this stage 12 months ago and look just as strong this term following their recent European Cup final triumph over Leinster.

The visitors are capable of playing good rugby and have Danny Cipriani pulling the strings, but they have conceded over 100 points on their last three road trips to Northampton, Worcester and Sale, so defence is clearly an issue.

Gloucester head coach Johan Ackermann admitted: “We respect Saracens for what they have achieved.

“Over the past seven years, they have produced a lot of international players and a quality squad, which means it is a massive challenge.

“We know we are up against the best team in Europe. We know that Saracens are a champion team. There are not too many deficiencies in their game.”

Saints were beaten 40-21 at Sandy Park just a week ago but were more competitive than that bare result suggests and can hopefully give the Chiefs a tough test.

Northampton twice hit the front in the first half that day, thanks to tries from Piers Francis and Rory Hutchinson, but poor discipline ultimately proved their undoing.

Yellow cards for Alex Waller and Courtney Lawes saw the visitors start the second period with 13 men and they never quite recovered from that setback.

Manager Chris Boyd commented: “I think we can come here and score some tries. The critical thing for us is ‘are we going to be able to stop the way they play the game?'”

Saints did beat the Chiefs 31-28 at Franklin’s Garden just after Christmas, though, and only lost 31-30 here last term, so we think a close encounter is on the cards.

Stay close to the action with the bwin app. Access more markets than any other betting provider and scan our in-depth rugby statistics menu to find and make your bet selections fast. Download now the best betting app.