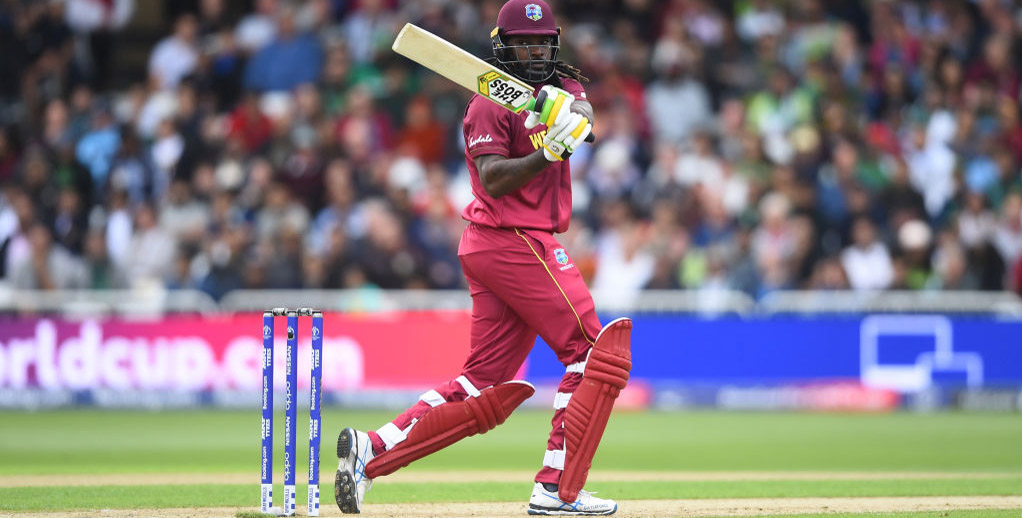 The West Indies and Bangladesh will be keen to get their World Cup campaigns back on track as both teams look to climb the standings with a much-needed victory on Monday.

The two sides began the competition with wins, with the West Indies dismantling Pakistan and Bangladesh holding off South Africa in a shock 21-run triumph at the Oval.

However, neither side have tasted success since, with both suffering two losses and a washout in their following three matches to sit two points adrift of India in fourth – who have a game in hand – with the Windies ahead of Bangladesh in sixth due to a better net run-rate.

With difficult matches ahead for both sides, victory is paramount in Taunton, which is a known for its small boundaries, and this comes into our thinking for the opening bet.

Chris Gayle had a lot of joy for Somerset at this ground during his two-year spell at the county and if they bat first, then we can expect fireworks from the self-acclaimed Universe Boss.

Punters can get 57/100 that the Windies score more runs in the first 15 overs and that is our opening West Indies vs Bangladesh prediction.

Captain Jason Holder remained optimistic of his side’s chances of finishing in the top four, despite their second defeat from their opening four matches.

“I think we’d be very foolish not to be confident of the semi-finals, still a hell of a lot of cricket left to be played,” he said after the eight-wicket loss to England on Friday.

“We’ve just got to be disciplined and make sure we beat Bangladesh.”

The West Indies have some big hitters in their squad with Gayle yet to get into his groove in the competition.

Shimron Hetmyer has been touted as a star for the future but with the likes of global stars Andre Russell, Shai Hope and Holder in the team, the Windies feel they should be performing better than their current sixth place in the standings at the moment.

This is the sort of clash where Gayle can come to the fore and deliver a match-winning performance, but he has only recorded a high score of 50 and registered just 107 runs from three innings.

One player who went under the radar until top-scoring with 63 against England was Nicholas Pooran.

The 23-year-old feathered a Jofra Archer delivery with his glove to end his stay in Southampton just as he gained confidence at the crease.

Pooran is the Windies’ highest run-scorer in the tournament so far and with the big stars surrounding him, he is an appealing 6/1 to be their top batsman when looking at the West Indies vs Bangladesh odds.

Bangladesh have shown they belong with the elite cricket nations after their victory over South Africa and have proved they are no pushovers in their subsequent matches.

The Tigers almost caused another surprise as New Zealand defeated them by just two wickets in their second match before being bowled out for 280 against tournament hosts England – who posted their highest World Cup total – in a 106-run loss.

Their fourth round-robin match against fellow strugglers Sri Lanka was abandoned without a ball being bowled in Bristol last Tuesday and they will be itching to get back on the field after nine days of inactivity.

Mushfiqur Rahim has been a composed figure at the top end of the order but one of the breakout stars of the World Cup has been Shakib Al Hasan.

The all-rounder topped the most runs column with 260 until Joe Root overtook him following the England batsman’s brilliant unbeaten 100 against the Windies last week.

The 30-year-old has also taken three wickets so he is a threat with the ball but after scores of 75, 64 and 121 from his three innings, we reckon he will be the Tigers’ top batsman at a price of 3/1.

Fury vs Schwarz: Las Vegas showdown can go the distance
England vs Afghanistan: Rashid and Root to star for hosts
Author